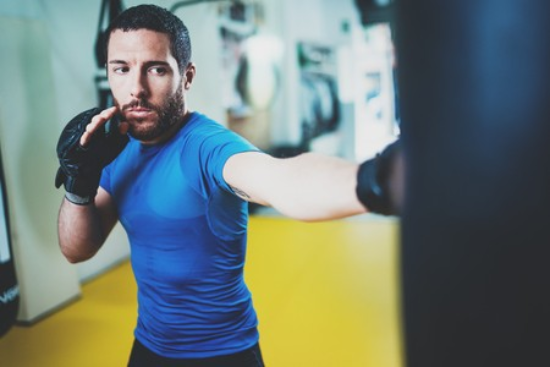 What should I choose: Horizontal Punches vs Vertical Punches?

To be in a sport like boxing means to utilize all your skills such as your physical, mental as well as emotional potentials. It needs you to engage all your capabilities in order to be the best. Most importantly, it requires you to be very vigilant in the techniques you pick and the boxing style you opt to develop. For a boxer, the most important of all is how he punches.

Wondering about your punching technique and style, there are two options. It can either be a horizontal punch or a vertical punch. The choice can be hard because both the techniques have their own advantages and it entirely depends on who you are asking. Some coaches prefer vertical fist punching while some trainers say horizontal fist punch is better. Nowadays, horizontal fist punch is famous among most of the gyms and boxing clubs. We believe that you must know which one is more powerful, faster and better before choosing between two. Therefore, we have compiled some pros and cons to both the punching techniques.

Power to the Punch

While convincing for this punching style, this statement is often used. Before going into details I’d like to mention what makes a punch more powerful is the support of elbow behind the fist. As far as horizontal fist punch is concerned, it activates and gathers energy from the chest and back.

Undoubtedly, if you use uppercuts a lot you must practice horizontal fist punches as you will be able to utilize your back muscles into your punches even more.

As mentioned above, in a horizontal fist punch the elbow comes up sooner than in a vertical fist punch, therefore, it has much more overall support which is an important factor as a precaution to prevent injury in the sport.

There are different views regarding the angle at which the punch lands such as some say that it should land on first two knuckles or the middle knuckles and some say that it should land on the last three knuckles. Every statement has its own logic to be right, however, it has been seen that the angle of the fist is not as much important as the angle of the forearm and in this case, the horizontal fist should be preferred. It is because the wrist and the elbow behind the wrist straighten immediately and provide more support to the punch. As a reaction to the rotation of the fist and elbow the shoulders also rotate and save the boxer from a number of expected injuries to the hand, wrist, and chin.

Horizontal fisted punches have proven to be more comfortable when it comes to arc around or over the punches of your opponent. Moreover, overhand right and high left hooks are easier if you use horizontal fist punch and it is again not because of the angle of a fist but the angle of the elbow.

Why prefer a Vertical Punch?

As a matter of fact, our arms are positioned for the best vertical fist punches naturally as you can observe the position of your arms and fist when you stand straight. Therefore, it is much easier to throw as a vertical fist punch needs much less energy and technique as compared with a horizontal fist punch because it doesn’t take much to lift your fist and launch.

Vertical fist punches are the best for targets at a position lower than your shoulder. Otherwise, a horizontal fist punch may cause bend and pain in such a situation.

As mentioned above vertical fist punches are easier to throw that’s why when you need to be fast vertical punches prove to be best as in such a condition all that you have to do is lift your fist up and punch. A vertical fist punch may not be as powerful as a horizontal one but when you have to throw in combinations you may not like to delay while lifting your elbows high and coordinate. It is said that whipping out the vertical punches and slapping with your fists is one of the best tacts to startle your opponent. Moreover, it is best to launch potshots and shoeshine combinations.

By this discussion, you may be able to figure out that each style has its own advantages, therefore, it cannot be said that you should go either for horizontal or for vertical fisted punch. It is better to learn both types of punches and practice to set your goal and choose what type of punch you should throw accordingly.

← Previous Next →
Categories
Recent Posts
Secrets to Getting Incredible Balance And Footwork
Throwing Hooks In Boxing – What Not To Do?
How To Become A Boxing Jab Expert?
Learn To Hit A Speed Bag Like A Boss
Horizontal Punches vs Vertical Punches
Archive
March 2020
February 2020
January 2020
December 2019
November 2019
October 2019
July 2019